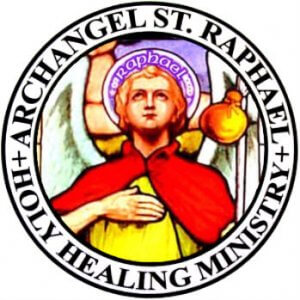 Our apostolate consists of lay people and religious dedicated to the salvation of souls and the glorification of Almighty God the Father. We are instruments of Almighty God’s Love and Mercy to bring God’s healing power, whether it be spiritual, mental or physical, into the lives of all His people through spiritual and corporal works of mercy.

We evangelize and spread the Gospel message of our Lord, God and Savior, Jesus Christ, the Divine Physician who is the one True Light in a dark world. He gave the Archangel St. Raphael  whose name means “Medicine of God”, the mission to heal through His Name, Jesus.  While this apostolate is Catholic based it is for all humankind.  We promote Jesus’ healing message  of love, reconciliation and forgiveness.

We promote respect for all life from conception to natural death, and a true conversion of heart and soul back to Almighty God our Creator. We espouse the true presence of Jesus Christ in the Eucharist.

We promote true devotion, love and honor of our Blessed Mother, Mary most Holy, Mother of God. We rely on her powerful intercession, St. Joseph along with St. Raphael the Holy Healing Archangel, St. Michael our protector, St. Gabriel our messenger and all the holy angels and saints.

ALL GLORY GOES TO ALMIGHTY GOD!